One significant factor to consider when localizing your game or app is choosing what font to use. Every designer understands the importance of typography. Choosing the right font is not only important aesthetically but also functionally as well.

That’s why it’s crucial to plan out what fonts to use when localizing your game into another language. Here are some ways you can choose the best fonts for localization. 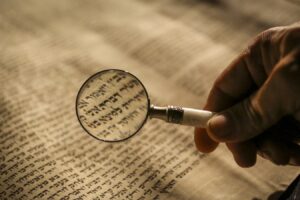 Not every language will look good at the same font size. Certain languages need extra space for it to be legible. For example, Asian languages require more spacing to see various strokes. Size 10 for an English font would likely be too small to read for the equivalent font size in Chinese or Korean.

Additionally, you must plan for spacing issues when localizing into another language. Character string lengths will vary based on the language. Allocate enough space to ensure the translated text fits on the screen.

If you’re looking for one universal font to cover multiple languages, you may want to consider a font that supports Unicode character encoding. The Unicode Standard is an encoding scheme that supports a large number of languages for Unicode-compliant fonts.

Similarly, Google Noto fonts are Google’s suite of fonts that offers a consistent appearance over multiple languages. Google Noto supports more than 800 languages, as well as hundreds of thousands of characters.

Font styles refer to texts that are bold, italicized, or consisting of different line weights. Many fonts offer only one or a limited number of font styles. When localizing your game into a different language, you need to be aware that certain fonts are unable to convert to a particular font style. For example, Arabic languages don’t support italics, so you’ll need to be aware of that when choosing fonts.

The choice of font is a crucial aspect of your game or company branding. When localizing your game into a different language, you’ll want to maintain consistency in your branding. The font you choose plays a large role in maintaining this consistency. Font selection needs to be done as early as possible, in case you need to find alternative fonts when your choice of font is not supported in another language.

As mentioned previously, when choosing a font, you may want to consider a Unicode-compliant font. A non-compliant Unicode font may give you error blocks when translating into another language script.

Specific ranges exist for varying types of language scripts within the Unicode standard. These ranges consist of the necessary characters corresponding with the language. For example, here are some ranges for popular game scripts:

Ensuring your font supports Unicode character encoding will allow you to easily translate your game from one language script to another. It also gives you a consistent aesthetic throughout.

If you need advice on the best font selection for your game, contact us today! Our localization experts have years of experience in ensuring translations are accurate and localized for the target market. We offer a free localization audit and will work with you to ensure your game is ready for launch.