Spanish is one of the most widely-spoken languages in the world – there are more native speakers of Spanish than there are of English, Hindi or Arabic. And these Spanish speakers are located throughout the globe, from Spain to South America, Mexico to Central America, as well as some Caribbean countries, Canada and the United States.

This has led to the creation of many dialects or, if you may, types of Spanish and accents. While Spanish speakers can all understand each other, as an English speaker from the United States and one from the United Kingdom would, there are some differences when it comes to pronunciation and idioms. 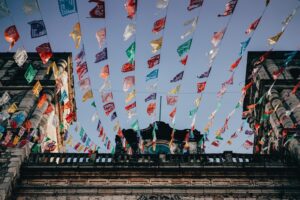 What we now call modern Spanish should actually be referred to as “Castilian Spanish” or Castellano (from the Castile region in central Spain) which originated from Latin. It became the official language of the country in the 15th century.

While it is the official language of Spain, there are other widely popular regional languages, such as Catalan, which is commonly spoken in Barcelona and Andalusian, notably spoken in the province of Seville, thus why a distinction should be made.

Spanish made its way to the Americas like most languages do, through colonization. Nowadays, there are more Spanish speakers on that side of the Atlantic than there are in Spain, which is why translating into European Spanish should be the exception, rather than the rule.

The term “Latin American Spanish” encompasses many countries and regions that each have their dialects and local expressions.

Spanish is the official language in the following South American countries:

In Central America, Spanish is spoken in

And, last but not least, Mexico, which has the largest number of Spanish speakers in the world.

Some Notable Differences in Translation

While Spanish originated in Europe, we can all agree that there are now major differences between the Spanish spoken throughout Latin America and the one spoken in Spain.

When it comes to pronouns such as “you”, usage varies from one country to the other; knowing the difference is essential to avoid insulting anyone. Indeed, in Latin America, “usted” should generally be used when addressing someone that you don’t know; it is the more polite version of “you” or “tú”, which should be reserved for friends and family. Whereas in Spain, it is generally considered acceptable to use “tú” in everyday conversation, “usted” being reserved for more formal settings. To add more confusion for non-Spanish speakers, in Argentina and Uruguay, the locals use “vos” in both formal and informal contexts.

When addressing a group of people, Latin American Spanish speakers will say “ustedes” (making no distinction between formal and informal) while Spaniards will generally use the word “vosotros” (“ustedes” is only used in formal conversations).

As with any language that is spoken in more than one country, pronunciation of some words or letters vary from one to the next. What may come as a shock to someone that has studied Latin American Spanish and travels to Spain is the pronunciation of the letter “z”: in Latin America it is pronounced as an “s”, whereas in Spain it is pronounced as “th”.

As you can see, there are some terms and ways of saying things that are associated with certain geographical areas and small differences can be the giveaway when guessing whom the fan translation was intended for.

Which Dialect Should You Choose For Your Translation

Like most things in life: it depends. It depends, of course, on your target audience, the market that you are evolving in and your goals.

A solution to that dilemma can be to use what we call “neutral Spanish”; while this is not a perfect solution, it can sometimes be appropriate.

Neutral Spanish avoids using idioms that are specific to a certain country, which makes it readable to all Spanish speakers. This solution works as, like with most regional language variations, the differences between dialects are more noticeable when speaking the language as opposed to when reading or writing it.

This works particularly well when translating texts that are not targeted at a certain demographic and that are more generic, such as corporate documentation, or technical specifications.

Translation & Localization for Your Target Audience

In some cases, it may be more appropriate to translate your text and localize it  for your target market, particularly if you want to engage with your audience and are entering a new market where you do not have a presence yet.

This will make it evident to your readers that you have considered what sets them apart from your customers in the neighbouring country, which usually leads to a more positive experience and, consequently, new business. Moreover, using local expressions will ensure that your message comes across as intended, which is especially important in your marketing materials.

Need Some Guidance for Translation?

Once we learn more about your business, your products and services and your target customers, we will be able to determine which variation of Spanish should be used. Note that this is not a final decision and that you can always change your mind later on by having your text reviewed by a local editor to adapt it to a specific market.

At iGlobe, we’ve worked on some of the top-grossing games in the world. Rest assured, we’ll do our best to ensure your project is a success.