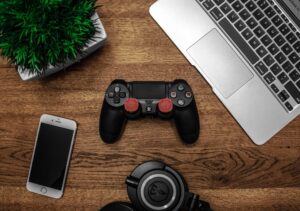 One of the top localization mistakes to make is to hard-code text into the source code. Hard-coding text will make it much more difficult for translators to translate your game.

Instead, store your text in a separate resource file. Each language should have its own separate file. These resource files allow you to update your text without going through the time-consuming process of tampering with the source code.

Another common mistake is to assume direct human translation will be sufficient for localization. Often times it’s not. You must take into account cultural factors, including:

For example, in 2016, EA Sports issued an apology to Muslim fighter Khabib Nurmagomedov for a poorly localized gesture in their game, “EA Sports UFC 2.” In the game, Nurmagomedov celebrates with the sign of the cross – a Christian gesture. EA Sports apologized and corrected the gesture in the next game update.

3. Not Testing Game on Multiple Devices

Just because your translated text looks and functions great on one device, doesn’t mean it will work on another. Translations can impact how text strings are displayed on various screens.

Ensure you test on all supported devices your game runs on. On-device localization testing allows you to correct common errors, such as untranslated text, lengthy translations, spacing issues, and more.

Sending a spreadsheet of text over to the translator is not enough. The translator requires context to be able to do their job. This means understanding the gameplay and user experience, in addition to the text they need to translate.

Provide the translator with screenshots and other visual images to give them a full picture of how the text will be utilized. Make notes or offer a style guide along with the text. Even including character biographies would be helpful. It takes a bit more work upfront, but it will save from extra rework down the road.

Localization is often not a priority for game developers. They might think of it as an extra task to complete at the end of the design cycle. Leaving localization to the last minute can be extremely expensive. You may require to modify your source code, costing you both time and money.

Plan for localization at the very beginning of the project. Even if you’re not planning to translate your game into another language, you may want to include provisions for localization. Adjusting the coding for internationalization standards can save you plenty of headaches if you do decide to target a different market in the future.

Don’t leave localization to the very end. Start your planning now. Consult with a qualified translation and localization agency to ensure your game is localized to your intended markets.

iGlobe is a localization agency for some of the top games and apps in the world. Contact us today and avoid costly mistakes with our professional localization and translation services!