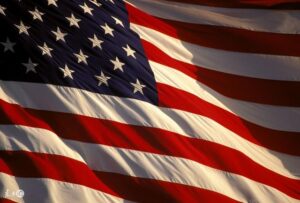 There are many benefits to localizing your game for the US market. The US has the second largest gaming market share by revenue at nearly $19.5 billion in 2020, second only to China. Moreover, the influence of the American gaming industry spills over not only to English-speaking cultures but to other Western and Eastern nations. A high-quality localization catered to the US market has great potential to reach gamers worldwide.

To better understand US culture, you must be familiar with their ‘heroes.’ Every culture has its own heroes. In the Chinese tradition, it might be Sun Wukong, otherwise known as the ‘Monkey King.’ Or perhaps it’s Joan of Arc for the French population. In the US, the likes of Batman, Superman, and Captain America are ubiquitous heroes, known to every American.

In order to localize your game to the US market, you need to understand who these cultural icons are. These characters all represent values held dearly to Americans – values of strength, individualism, and freedom. You need to be cognizant of these values when localizing your game for the US market.

Tone of Voice for Localizing

The tone of voice can also differ according to culture. What may work well in one language or culture may not work well at all in another.

For example, Japanese characters in games tend to have a higher-pitch, upbeat, and cute-sounding tone. This ‘cutesy’ tone will likely not translate well into the American market. The tone Americans tend to give off can be described as a bit more serious, with a hint of informality at times.

All games in the US are given a particular rating, based on its content. Ratings are dependent on a number of indicators, including:

The more adult-related themes present in the game, the more restrictive the game is for the general population. For instance, games rated “M” (i.e. “Mature”) are only allowed to be sold to those aged 17 and older (18 in some cases). Make sure to account for these ratings when designing your game for the US market.

The type of game you are planning to localize for the US market matters. The best selling games in the US for the past decade (2010-2019), include many action-type games like “Grand Theft Auto,” “Call of Duty,” and “Red Dead Redemption.” More casual gamers prefer puzzle or strategy-type games on their smartphones.

In addition, the demographics you’re aiming to reach also matters when planning to localize your game. For example, young female gamers in the US prefer games like “Candy Crush” or “Tomb Raider,” while Gen X’ers prefer “Tetris,” “Call of Duty,” or “NBA 2K.” Ensure you consider the demographics within the US gaming population when you are localizing your game.

iGlobe: Localization Agency for the US Market

At iGlobe, we help companies localize their games for the US and other Anglophone-speaking markets. We offer localization quality assurance to ensure your game is suitable for your intended audience.