The next question you might have then is, what language should I translate my game into? 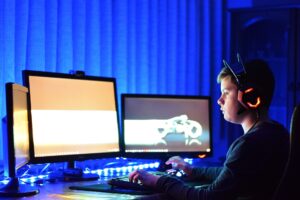 Factors to Consider When Choosing a Language

Before choosing a language, you need to consider the following factors:

Now that you understand some factors involving language choice, here are the top languages you should consider translating your game into.

English is the near-universal language for gamers of all types. Not only will you have access to the US, but you also gain access to a number of Anglophone countries, including the UK, Canada, Australia, and New Zealand.

The Chinese market has officially passed the US for the top market share in the gaming industry. They, by far, have the largest Internet population out of any country.

While the demand is certainly there, it is also not easy to enter the Chinese market. A mixture of cultural differences and government regulations can make it difficult to successfully adapt your game to Chinese gamers.

Japan is no stranger to the gaming industry, hosting household names, such as Nintendo, Sony, and SEGA. They own the third largest gaming market share behind only China and the US.

To say Koreans love their games may be an understatement. As of 2018, they have a market size of 14.3 trillion South Korean won. Their advanced technological advancements with some of the best Internet connections in the world makes it an ideal market for localizing your game.

Of the FIGS languages (i.e. French, Italian, German, Spanish), German is the closest to English. German gamers also tend to have high proficiencies in English. These factors make it ideal for localizing games from either German to English or English to German.

Other languages to consider based on market share include:

Contact us today to see how we can help you with your next project!